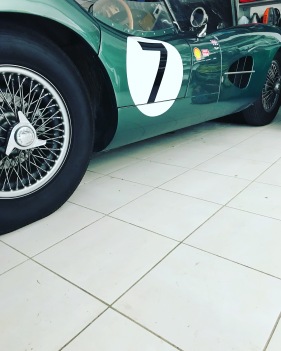 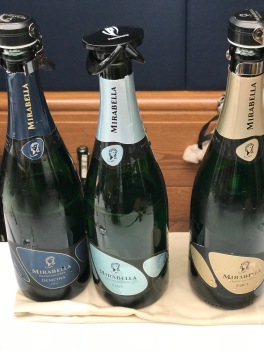 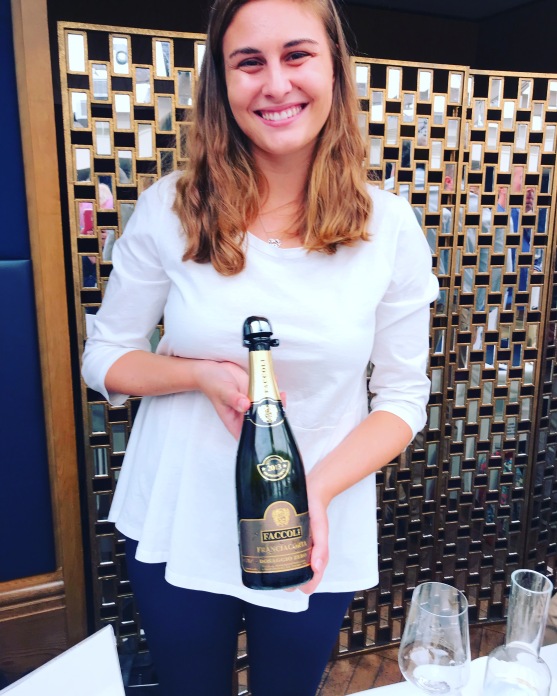 I came to Franciacorta wine quite by chance, several years ago, on a roadtrip to Lombardy. I was accompanying Nick, a good friend of mine and former Saatchi & Saatchi executive, who had sold his advertising agency and retired to the South of France to collect classic sports cars. We were driving a vintage Aston Martin to Brescia to participate in the celebrations surrounding the annual Mille Miglia although we weren’t actually taking part in the race itself. If you don’t know the Mille Miglia it is a road race in Italy (where else!) from Brescia to Rome and back covering roughly 1500 km — or a thousand Roman miles – hence the name Mille (1000) Miglia. Until 1957, the race was an open road endurance test; then it was reborn in 1977 as a classic and vintage car race. In 1955, Stirling Moss won this famous race, completing the near-1000 mile distance in a barely believable 10 hours, at an average speed of 98mph!!

We were staying overnight nearby at a convent, now converted into a luxury hotel, which somewhat surreally was hosting a convention for Finnish tractor manufacturers. In the bar at the end of evening we mingled with the Finns who are truly epic drinkers. Amongst the drinking games and general ribaldry their president, Timo, introduced us to his party trick which roughly translates as ‘last ciauscolo on the plate’. Ciauscolo is a thinnish, tubular, spreadble salami. The props for this trick were pretty basic: an empty plate and Timo’s manhood. His fellow Finns fell about laughing when he executed the trick but I still get ghastly flashbacks whenever I hear a Nokia ringtone and involuntarily shudder! In the morning we were hideously hungover and elected to venture out to Lago di Iseo and explore the locale, in the hope that the invigorating air and scenery would prove restorative and the Galleria dell’Academia Tadini deliver a more traditional thwack of culture than Timo’s performance the previous evening.

On the spur of the moment we decided to visit a Franciacorta vineyard and taste some of their wines since neither of us really knew anything about them. We found our way to Bersi Serlini and enjoyed a wonderful tour of their vineyard, winery, cellars and a tasting of their incomparable wines: from a Demi-sec to an Extra Brut and including a rosé and an unforgettable Satén (meaning ‘silk’ in Italian, it is unique to the Franciacorta region,always produced from Chardonnay, Satèn also has less pressure in the bottle).

So when Clementine Communications invited me to a Franciacorta tasting at the venerable 67 Pall Mall, in September, I was overjoyed to be reacquainted with this delicious sparkling wine.  If you don’t already know Franciacorta here is a dummy’s guide to the region. Lying to the south of Lago di Iseo in the heart of Lombardy, Franciacorta has a wide range of soil types and site climates that make it natural wine territory.In 1995 it became the first DOCG Italian wine to be produced exclusively by bottle fermentation. The only grape varieties allowed are Chardonnay, Pinot Nero and Pinot Bianco. It is a very different beast to Prosecco and not only because it is produced in the methode Champenoise manner (as opposed to the Charmat process used for Prosecco) but also because of its judicious use of dosage and pressure. The resulting wines are elegant with great texture, aroma and depth of flavour. They have a creamy quality but retain a crisp acidity and are great on their own or make a fantastic pairing with seafood.

All the producers present at the tasting were looking for distribution in the UK and, given the very high quality evident amongst many of them, this is a negligent situation bordering on the criminal. It would be great to see Franciacorta more widely available in the UK, both in wine merchants (and in supermarket wine aisles!) and in restaurants. It really is a stunning wine full of refinement and surprises that suits our palates, purses and penchant for sparkling wines perfectly. The incomparable Tom Harrow (aka WineChap) UK Franciacorta Ambassador, was master of ceremonies and did a fantastic job introducing the wines and being on hand to answer questions and connect us with the growers. Wine merchant Honest Grapes feature Ca’ del Bosco Franciacorta amongst their treasures and hold frequent Franciacorta related events https://www.honestgrapes.co.uk/wines/ca-del-bosco-cuvee-prestige-nv.html

I tasted over half the wines on show and was particularly impressed with these ones:

One thought on “Scintillating Sparklers”