When Fuseblower was a young rake gadding about the East End he became a fan of London based gangster movies. One such flick: “The Long Good Friday”, particularly caught his interest. In this definitive London tough-guy film, which you should feel obligated today to rewatch instead of working, Bob Hoskins and Helen Mirren are dealing with a gangland war and one striking scene stands out. It is shot in a meat fridge – with sides of beef hanging from meat hooks – which, as the camera pans round, also contains a selection of villains (and rivals to Hoskins’ character – Harold Shand) hanging upside down, alive, amongst the meat carcasses, for him to intimidate. It is also shot from the POV of the suspended villains which makes it even more unsettling. As I sidled into the decidedly chilly and somewhat sinister meat fridge at Smith & Wollensky – in amongst all the cuts of beef – the macabre image from the movie came back, unbidden, into my consciousness 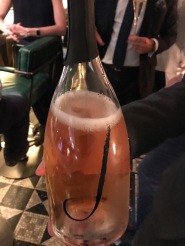 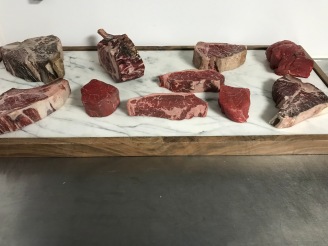 Falko Molitor – The Meat Fridge Is This Way 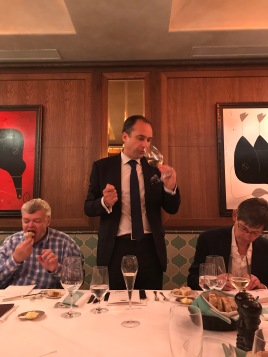 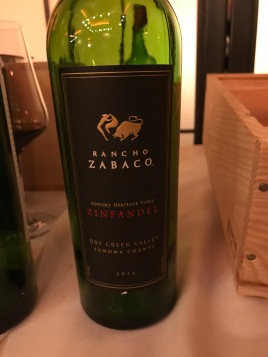 Ready to complement the fromages

Happily, Falko Molitor – the GM of Smith & Wollensky – and the man designated with showing me there were no tough guys hanging upside down in his meat fridge, is no Harold Shand and, as he introduced us to the kitchen brigade, it was obvious from the unforced shows of affection that they like his management style and the vibe he’s created at this strutting steak restaurant. A tour of the meat fridges and butchery; a rundown of the cuts of steak that the kitchen work on and the ever-pervasive, savoury, meaty aroma created a pretty testosterone fuelled aperitif!

But the real aperitifs were waiting for us in the opulent bar. Two intriguing sparkling wines from E&J Gallo Winery: J Cuvée XB Extra Brut NV + J Brut Rosé (Fuseblower came back for seconds and thirds of this beauty!) show exactly why Gallo’s small-batch, labour intensive approach results in very fine wines. These traditional method sparkling wines are from 30+ year old vines in Sonoma County’s Russian River Valley. The grapes are hand picked, hand sorted and they source only the best fruit at the optimal time. Both wines offered very different expressions of their diverse soils, locations and coastal micro-climates. We had time to linger and chat with Edouard Baijot MW (our wine host for the evening) before heading into the private dining room for the main carnivorous event

So where do you stand on steak places? In London I’ve been to Hawksmoor, Goodman, Christopher’s and Temper. None of them slouches, I’m sure you’ll agree. Full disclosure I’ve also eaten at some great steak gaffs in New York, Buenos Aires, Florence, Johannesburg and Tokyo. Even an asado in Argentina! So both Fuseblower (and son of Fuseblower) know their steaks and have been lucky enough to live near some of London’s finest purveyors of meat and game: Macken Bros, Ginger Pig, Moen’s, Proud Sow, William Rose – all of whom have impeccable beef creds. So it was going to take something quite special to get my meat sweats going!

But get them going S&W did. And how! We kicked-off with some delicate hand-dived Scottish scallops which were teamed with some supple chunks of pork belly and cauliflower purée. Edouard Baijot had gone out on a limb here and paired the dish with a MacMurray Estate Vineyards, Russian River Valley Pinot Gris 2016. What a stroke of genius! The wine has a trace of salinity in it – which Edouard reflected on – and matched the shellfish/porcine/ smoky flavours wonderfully. I embraced him on both cheeks for this gallic masterstroke. Without a drumroll, pretentious fanfare or clash of cloches our meaty mains arrived. My medium-rare 320g sirloin passed the “analyse sanguine” with flying colours, demonstrating that the guys in the kitchen know exactly what they’re doing with the 1,000 degrees Fahrenheit of heat they have at their fingertips. The 28 day, dry-aged, prime American beef was packed with flavour with just the right amount of blood leaching out. This is no hyperbole or fluffery. It was an outstanding piece of steak by any measure. Truly! Monsieur Baijot offered us two reds to contrast with the steak: Louis M Martini’s 2014 Napa Valley Cabernet Sauvignon & Rancho Zabaco’s Sonoma Heritage Vines Zinfandel 2016. The unanimous verdict from all the diners was that the Cab Sauv stood up better to the umami flavours of the steak

There was cheese. Hell yes there was fromages! A very creditable cheeseboard with a Franglais leaning. It tangled well with another Louis M Martini red; the 2015 Sonoma County Cabernet Sauvignon. It was at this point that one of my fellow diners – the ebullient Murray Grubb Jnr – elected to finish our degustation on a sticky note and kindly ordered a bottle of Ramos Pinto Quinta de Ervamoira 10yr Tawny to round the evening off. Sir you are a bona fide bon viveur and it was a very stylish gesture warmly appreciated by Fusbelower!

The evening, together with Edouard Baijot’s evocative descriptions of the wines we tasted, go to show that if you think you know E&J Gallo Wines, you should think again! From the revelatory J sparklers to the Napa Cabernet’s and the extraordinary MacMurray Pinot Gris – there are great things happening in their Napa and Russian River Valley wineries

• Maddy Everington at Cube Communications for inviting him along to ‘wet his beak’ and for wine support services https://www.cubecom.co.uk
• Alexis from E&J Gallo Marketing for background on their exciting developments in California www.http://www.gallo.com
• Edouard Baijot MW – for some inspirational wine pairings
• Falko Molitor – GM of Smith & Wollensky for his unstinting hospitality (and making sure the gangland bodies were taken out of the meat fridge before I arrived!) https://www.smithandwollensky.co.uk
• Murray Grubb Jnr – [For Tawny Port services]

One thought on “Steak Acclaim”